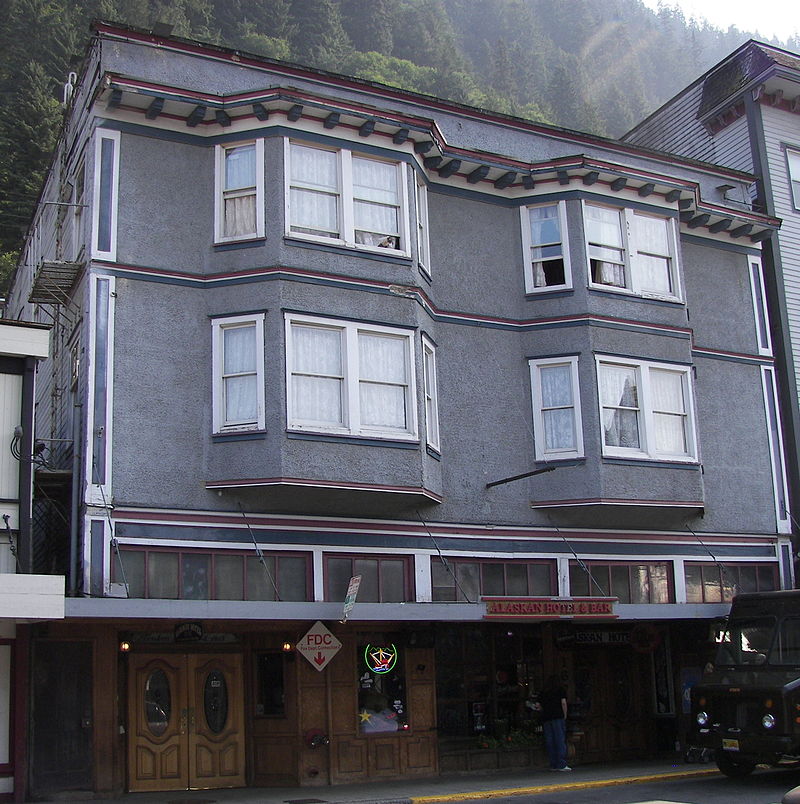 The Alaskan Hotel, known colloquially as The Alaskan, was built just one year after the state became a territory. This is the oldest operating hotel in Alaska, having opened in September of 1913. An excellent example of the area’s transition into American statehood, the architecture reflects its varied history, boasting ornate stringcourse, Victorian bay windows, and a plush interior. Built in Juneau, it developed a reputation for boarding both miners and their wives. From its opening, The Alaskan was known as a ”pocket edition of the beset hotels on the pacific coast.”

On October 25, 1978, The Alaskan Hotel was placed on the national register of historic places. The building’s current owners, Mike and Bettye Adams, have renovated the hotel back into its original Victorian style. However, elements of the hotel are so well-preserved that long-time Juneau residents comment on how little the place has changed.

With all that history, however, comes a large share of paranormal activity. The city of Juneau was formed as a by-product of the gold rush, growing quickly in its early years. At the turn of the century, men significantly outnumbered women in Juneau, as most had traveled far north in search of gold. The miner’s wives were said to have spent most of their days at The Alaskan. This is how the hotel’s most famous ghost came to reside in the building.

According to legend, a woman and her husband, a gold miner, took up residence at the hotel. Her husband left for the hills to mine for three weeks, but didn’t return. The wife ran out of money and, as a result of his lack of communication, believed that her husband would not return. In an effort to preserve her independence and financial security, she became a prostitute—a strikingly lucrative position in Juneau at the time. Several weeks after he was meant to return, the husband walked into the hotel. Enraged by her choice of profession, he killed the woman.

According to both staff members and visitors, sightings are common in most parts of the hotel. Room 219, in particular, is a hotbed for paranormal activity. The room is often several degrees colder than the rest of the hotel, and most staff members report getting goosebumps while cleaning inside. While the hotel doesn’t offer paranormal-specific, I recommend speaking with any staff members and long-term guests about their experience. Apparently, everybody has a story.