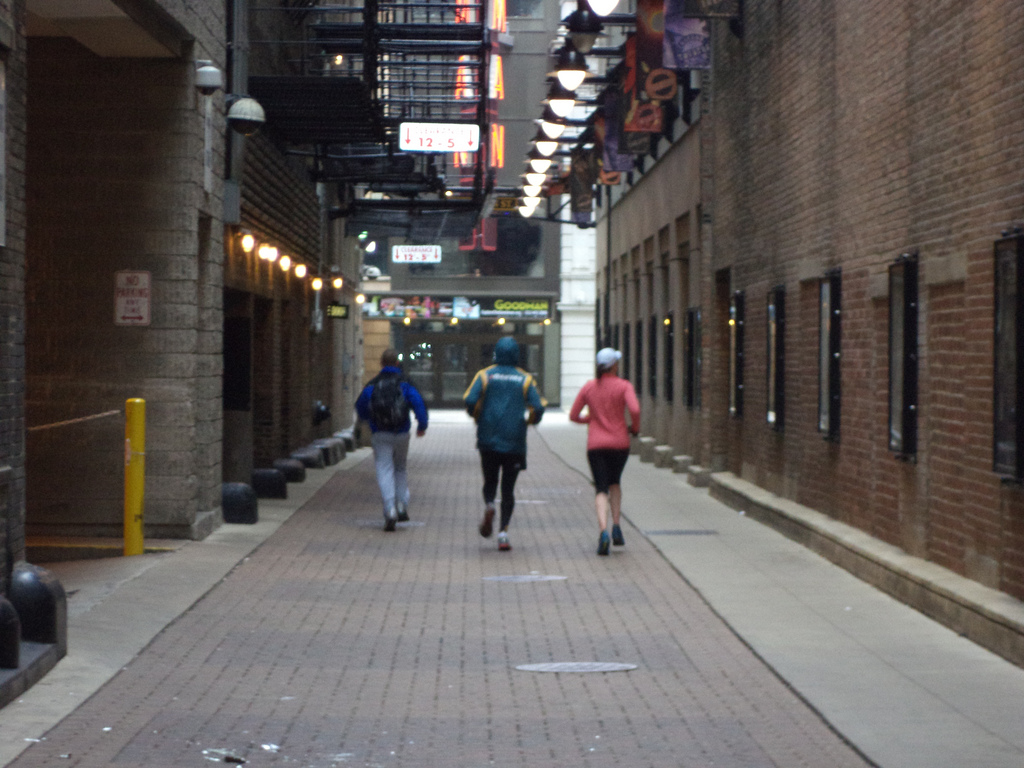 The Iroquois Theater was located at 24 West Randolph Street, a central location in the already-bustling city. The theater had a capacity of 1,602 with three separate audience levels–the main floor had 700 seats, the second level has more than 400 seats, and the third level had around 500. Though the multi-tiered theater drew thousands of guests from across the country, there was only one entrance/exit point. Patrons and workers knew the design to be disastrous; theater-goers exiting the gallery would inevitably run into crowds leaving at the balcony and floor levels as they descended the staircase.

Despite the unsafe traffic flow, the building was billed as “Absolutely Fireproof.” However, on December 30, 1903, Chicago experienced the deadliest theater fire, as well as the deadliest single-building fire, in United States History. On that day, the Iroquois presented a matinee of Mr. Blue Beard, a musical that had been running since the theater’s opening. Though attendance had been dwindling as a result of poor weather and labor unrest, this performance drew a sellout audience; tickets were sold for every seat in the house, and a standing room section was available at the back of the theater. There were an estimated 2,100-2,200 patrons. Standing room areas were so crowded that some patrons sat in the aisles.

Shortly after the beginning of the second act, sparks from an arc light ignited a muslin curtain–likely the result of an electrical short circuit. The fire quickly spread to the fly gallery above the stage, where it ignited the hyper-flammable painted canvas scenery. Patrons on all levels attempted to flee the theater. Some had found fire exist hidden behind draperies but could not open the doors because of unfamiliar locks. In all, three emergency exits were able to be opened, but patrons crushed and trampled each other in an attempt to escape the fire. At least 602 people died as a result of the fire, but not all deaths were reported–some bodies were removed from the scene before police could gather an accurate assessment.

Death Alley is the space used to compile and count victim bodies. It is located behind the current Oriental Theater in Chicago’s Loop neighborhood. There is no tour, no historical guide, and—to knowledge—no commemorative signage. However, those able to locate this horrific alley have reported uneasy feelings and ghostly screams.